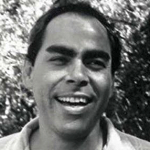 We’re excited to announce that writer Jimmy Santiago Baca as the featured presenter at the 2015 Examined Life Conference. Baca has published numerous collections of poetry, including his semi-autobiographical, Martin & Meditations on the South Valley, received the American Book Award for poetry. His memoir A Place to Stand has been made into a documentary film released in September 2014. Find out more about the film here: http://aplacetostandmovie.com.

Baca is a powerful voice of spirituality and healing. He’s a gifted teacher and speaker. We’re very excited to have him be a part of the conference this year. We hope you’ll join us.

A Place to Stand – Official Trailer from Daniel Glick on Vimeo.

And don’t forget: proposals to present at the conference will be accepted through December 1, 2014.

We seek to explore the intersections between the arts and medicine. How can they be of use to each other? How can they interact to make each more than they were without the other? Enjoy discussions and presentations on how the arts can be used in medical education and patient and provider care. Experience works by others like you: people who are trying to get along in the world of health care.